Get Your DIY Elitism Out of My Face: A Series


There is an entire movement of people who create that are refusing to use the word Craft to describe what they do. Instead, they are using the term “DIY”, which stands for “Do It Yourself”. Craft, by the way, means craft. It needs no explanation.

I don’t understand. Why are people turning their nose up at the word “Craft”? 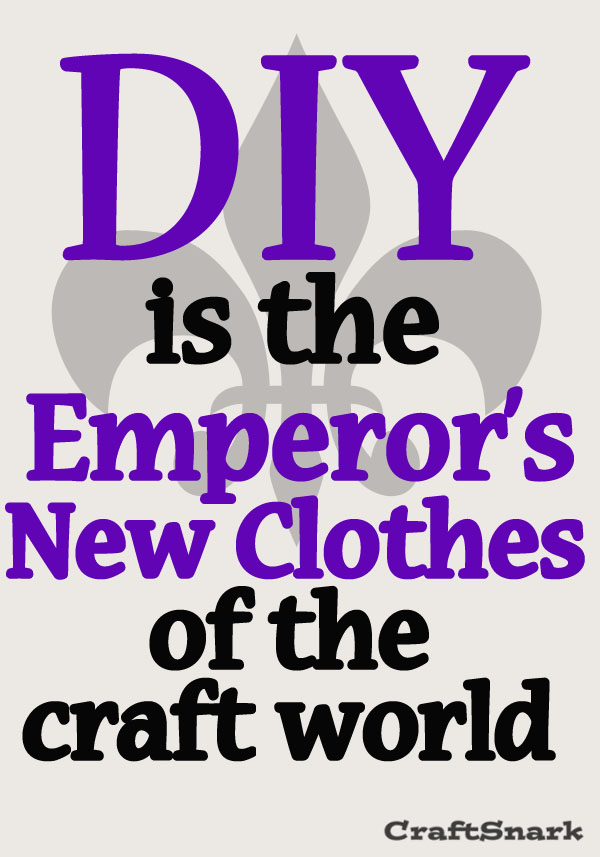 DIY is the Emperor’s New Clothes way of describing a creative person. The creative thinking here is that if they have to explain to you what DIY is, it must be fancier, and more important. It makes them sound special – a DIYer does something that you can’t understand without a Google search. DIY is like rocket science. I don't know what a rocket scientist does, but they must be pretty smart, right?

The elitism of DIY over Craft is nonsense. Pure insanity. Over the next few weeks I’m going to delve more into this DIY vs CRAFT phenomenon with a series of weekly posts. Feel free to join along in the comments.

Until next week…
Posted by Carolina at 1:11 PM